The Risborough league is one of our most established leagues alongside Marlow and has been running for a number of years.

Matches are played between 7:30 – 10pm on Monday evening’s at Princes Risborough School. 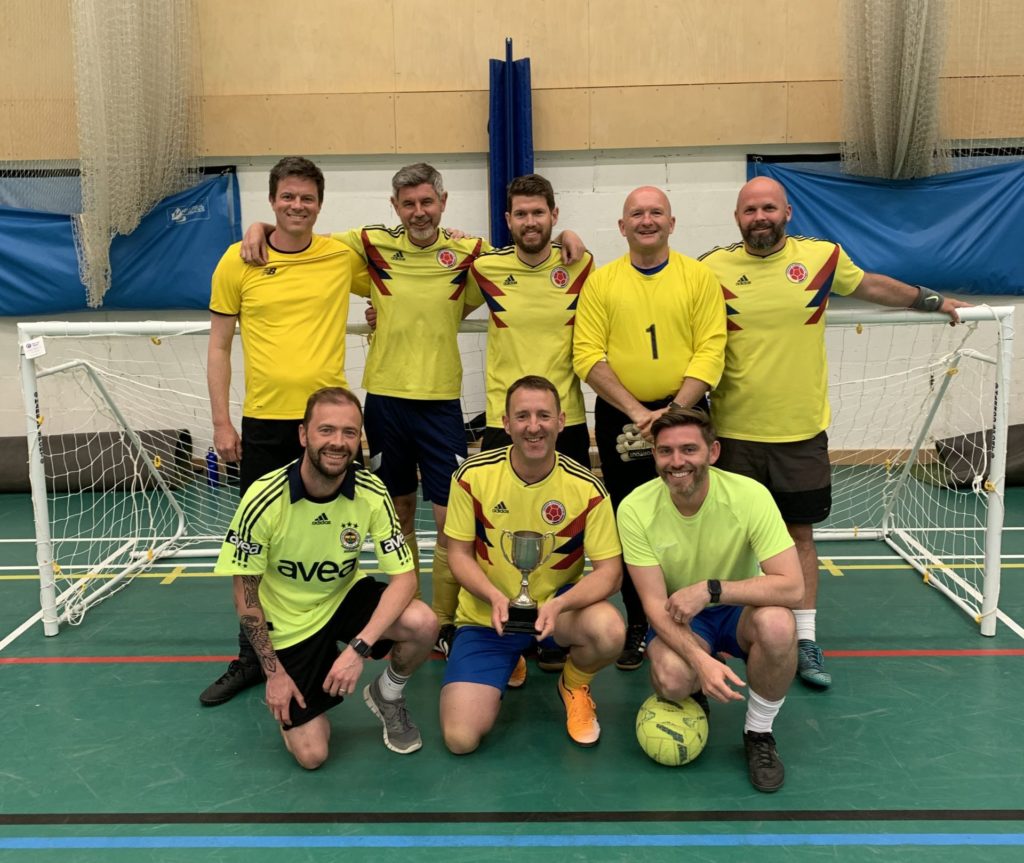 About
Rules
FAQs
About

The Risborough Vets Football League has been running for a number of years with the February 2020 league being the 15th season. The league is made up of 6 teams.

There are still opportunities for you to dust off the shorts and shin pads and get involved in football in the league. This could be to keep fit, play with friends or prove that you still ‘have it’.  You can register a team onto our waiting list ahead of the new season which will start in January 2022 or you can register as an individual and we will try and find you an established team to join.

All abilities are welcome.

Games are refereed and are 24 minutes each way with a 2 minute break for half time.

If you are interested in joining the league you can contact us by email or by filling in a registration form at the bottom of this page:

1) The friendly spirit of the league supersedes all rules. The referee is allowed to bend or modify the rules to ensure the game is played in a friendly and fair way.

3) The normal football rules apply except for off-side, out of bounds and other obvious rules. Obstruction, including trapping the ball in a corner for too long (longer than 5 seconds) will result in an indirect free kick being awarded to the opposition.

4) Slide tackles are not allowed. Most players have to go to work the next day and we want them there in one piece!

5) If a ball is struck outside the area but then the player enters the area, the play is legal.

6) When a goal is scored, the ball is restarted in the centre of the pitch by the opposing team.

7) The Goalkeeper can use his hands or feet at any time i.e. kick-outs, throw or roll-outs.

8) If the Goalkeeper throws out the ball, it must be below head-height or thrown downwards.

9) If the ball goes over head height, the ball is awarded to the opposing team for a free kick. However, if the ball strikes the goal-keeper, the floor, wall or other inanimate object before going over-head, play on. The referee’s head-height is used to determine head-height.

10) No ‘one-twos’ with the goal-keeper are allowed, regardless of where they start.

11) Substitutions can be made at any dead-ball situation (a foul, goal or half-time or when it is with your team’s goal-keeper or the opposition is substituting). You do not need to consult the referee to make a substitution.

12) Any number of substitutes and substitutions are allowed.

13) The referee may award a 2 minute sin-bin for rule infractions and if appropriate can send a player off and may ban them for a number of games. This is done at the referee’s discretion. Sin bins are typically awarded for “yellow card offences” and can be awarded for persistent fouling, either by an individual or a cumulative team yellow card.

14) Respect the referee and all players at all times. The referee’s decision is final and will not be changed.

15) If a referee feels the game is getting “heated” he can enforce a 30 second time out to allow for heads to cool down before restarting the game.

16) The opposition must be at least two yards (6′) from the ball when a free kick is taken. If the ball is so close to the blue area that a defender could not be a yard away without being behind the ball, the player is allow to stand on the blue line and the attacking player may move the ball up to one yard backwards and take the free kick from there. If a player intentionally prevents a free kick from being taken or is intentionally or recklessly less than 6′ away, they may be sin-binned.

17) Only contact fouls or hand balls are direct free kicks unless the referee directs otherwise.

18) If the referee is counting down to the half or full time whistle and there is a question as to whether the ball crossed the line before time was called, the presumption will be that the goal is scored.

19) If a goalkeeper comes out of their area and gains an advantage by doing so, a penalty will be awarded. However, a save where the keeper then slides out having let go of the ball will not result in a penalty.

20) If a player prevents a clear goal scoring opportunity (as would be regarded in 11-a-side) a penalty and sin bin of the wrongdoing player of at least 2 minutes will be the normal result.

21) All subs (monies) must be paid on the same night as the game is played.

22) Games cannot be rescheduled, therefore if you are unable to fulfil a fixture the opposition will automatically receive a 5-0 win and 3 points.

23) If your team is in a position to forfeit a fixture please ensure you notify the opposition, referee and league organiser.

24) Player sharing is not allowed. If your team is short of a player or two, please contact league organiser who may be able to provide you with a player from the individuals waiting list.

25) If a team forfeits 3 games or more within a league, the league organiser will have to review whether you remain in the league.

End of the Season

What boots are acceptable?

Each league is played in an indoor sports hall. Therefore no studs or moulds are to be worn.. Astro turfs or trainers are suitable.

What colours should our team wear?

We encourage teams to wear the same colour but we will will provide bibs at each match where necessary so there is no obligation to have a team strip.

Who do we give our money to each week?

How old do you have to be to join?

Can I register without a team?

What should we do when we have a team interested?

If you have a team interested in playing in one of our leagues, there is a team form at the bottom of every individual league page. If you have any problems or questions with this process contact us.

How long are the matches?

Some of the venues have different match lengths. This information is available on the individual league pages.

How many people can we have on a team?

Each match is 5-a-side, however there is no limit on the number of people allowed in each team. Subs are roll on roll off, therefore as many subs can be used in each match.

What is the length of a league?

A league is the period of time in which the matches shall be running. The leagues usually last 9-12 weeks depending on how many teams are in the league. After this period of time, there will be a short break from matches until the next league begins.

Are games played during holidays?

Games are not played on Bank Holidays, however are played during school holidays.

AC a Little Silouetto of Milan

Fill in the Registration Form Below To Join

Please provide us with the below details, ready to join a team

Fill in the Registration Form Below To Join

Please provide details below for your team Captain and all players

Our Address
Active in the Community CIC
Head Office:
Olympic Lodge, Stoke Mandeville Stadium, Bucks HP21 9PP
Active East Herts Office:
The Castle, Hertford, Herts SG14 1HR
We use cookies on our website to give you the best experience possible. You can learn more about our use of cookies in our Cookie Policy.
Understood
Manage consent

This website uses cookies to improve your experience while you navigate through the website. Out of these, the cookies that are categorized as necessary are stored on your browser as they are essential for the working of basic functionalities of the website. We also use third-party cookies that help us analyze and understand how you use this website. These cookies will be stored in your browser only with your consent. You also have the option to opt-out of these cookies. But opting out of some of these cookies may affect your browsing experience.
Necessary Always Enabled
Necessary cookies are absolutely essential for the website to function properly. These cookies ensure basic functionalities and security features of the website, anonymously.
Functional
Functional cookies help to perform certain functionalities like sharing the content of the website on social media platforms, collect feedbacks, and other third-party features.
Performance
Performance cookies are used to understand and analyze the key performance indexes of the website which helps in delivering a better user experience for the visitors.
Analytics
Analytical cookies are used to understand how visitors interact with the website. These cookies help provide information on metrics the number of visitors, bounce rate, traffic source, etc.
Advertisement
Advertisement cookies are used to provide visitors with relevant ads and marketing campaigns. These cookies track visitors across websites and collect information to provide customized ads.
Others
Other uncategorized cookies are those that are being analyzed and have not been classified into a category as yet.
SAVE & ACCEPT